X is an investigation between the complex relationship between the human being and nature, its power and time, space and force. Earth, as we know, is an incredibly complex and fragile network of interconnected systems that have developed slowly over the past 4.54 billion years. Humans, since their inception, have always had an impact on the environment, but for the first time they have become the driving forces of change on a planetary scale.

The real meaning of the human connection with nature has been lost, with consequent destructive results. Global warming is perhaps the defining issue of our time, with many politicians denying it and many of us ignoring it.

The artificial world reconstructs our perception, making nature less necessary and organic and transforming it into a secondary element.

Inspired by the forces of nature and mysticism during the Lab Verde Program residency in 2018, the photographs record conceptual scenarios and performances reveal the spiritual strength and connection to the cosmic world through the Orixas, the Gods of an African American tradition recognized as the divine energy of nature, having man in harmony with nature.

Albertini shows her sensibility transforming the forest into an intense blue space, interfering with mirrored elements and golden and silver objects creating a deep reconnection with two Orixás; Oxum: it is the divinity of rivers and beauty. It is said to be as delicate as the outflow of a stream among the stones, but also as powerful as a waterfall. Dances in a rhythm called ‘ijexa’, looking vain in the mirror it holds. Its colours are yellow and gold. Oxóssi: governs hunting, protects animals and forests. It protects the hunters who need the hunt to survive and does not tolerate those who kill without need. Its colours are blue and green.

Nothing is more natural than the act of breathing. This raises an issue: what is our role in nature? We are interconnected, we are not observers, we are part of it. We must understand the need to respect and honor this complex relationship with our planet Earth.

Everything is connected to everything. 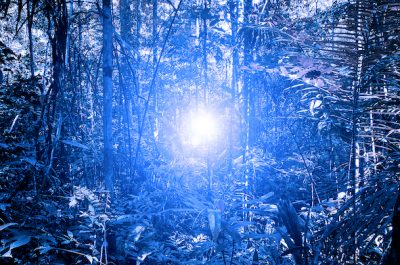 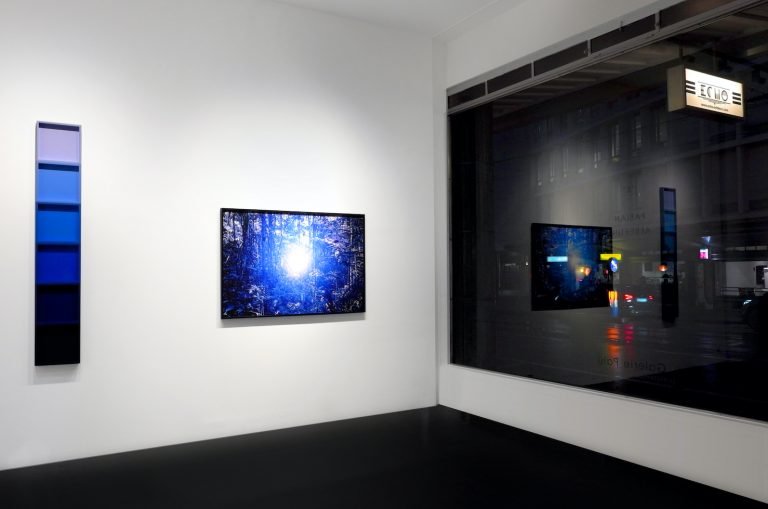 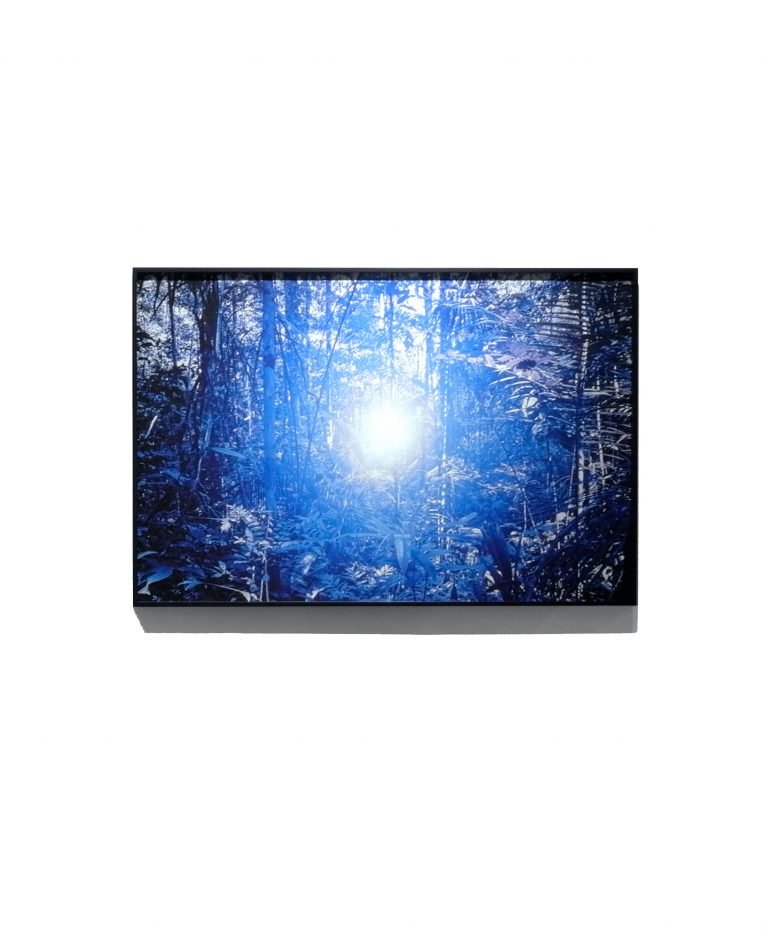 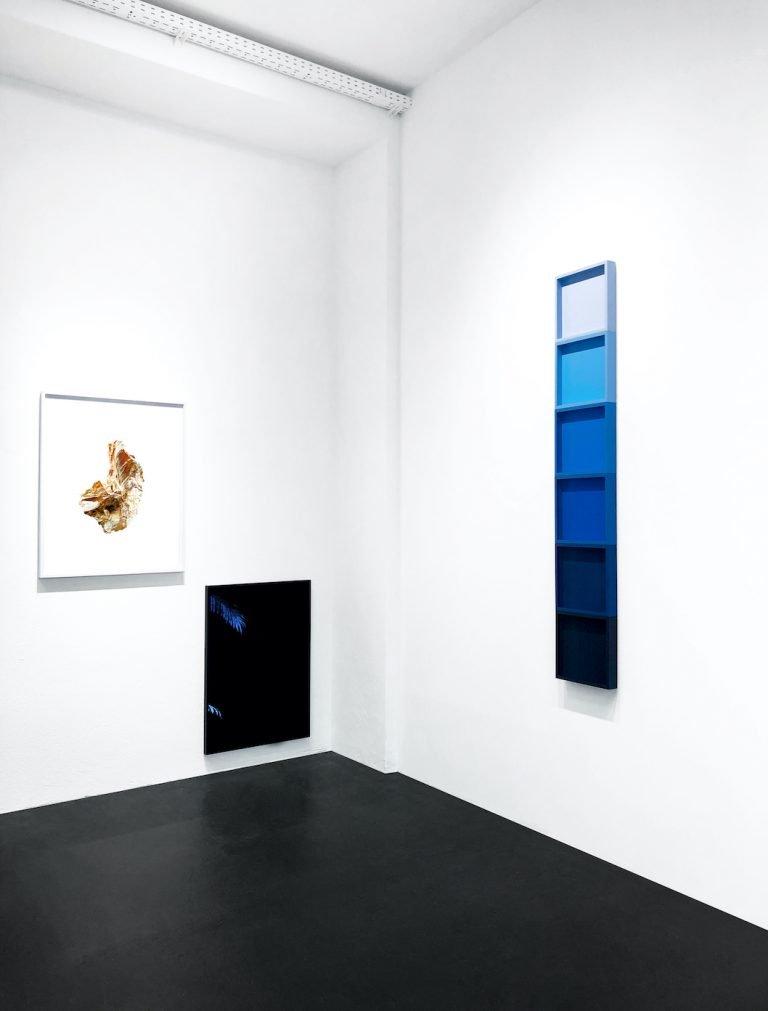 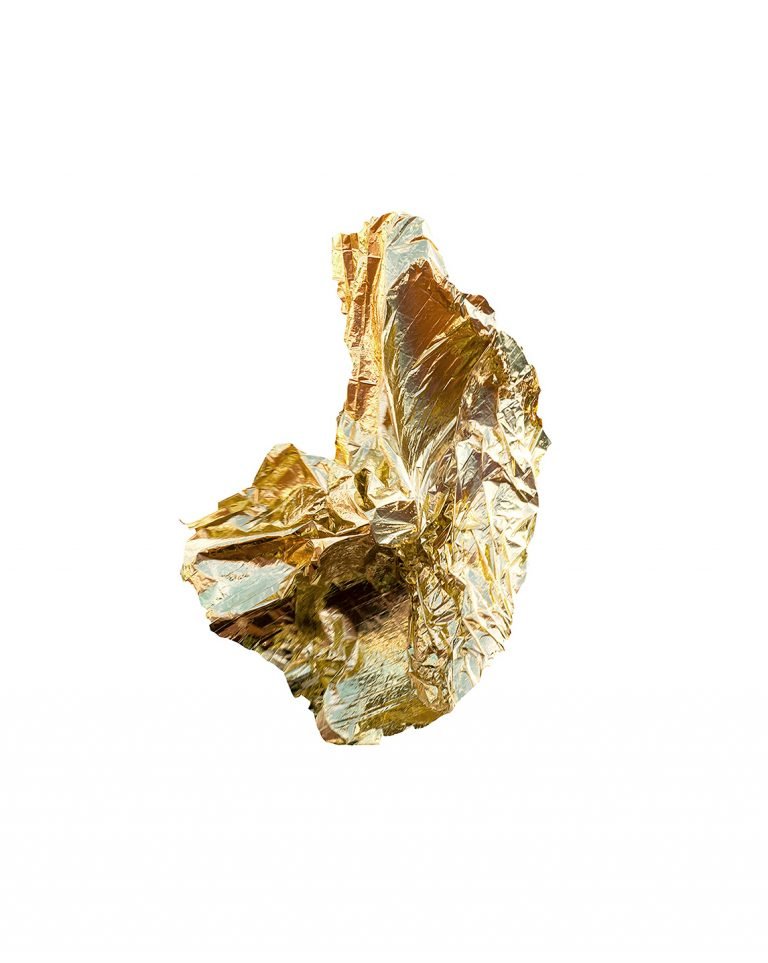 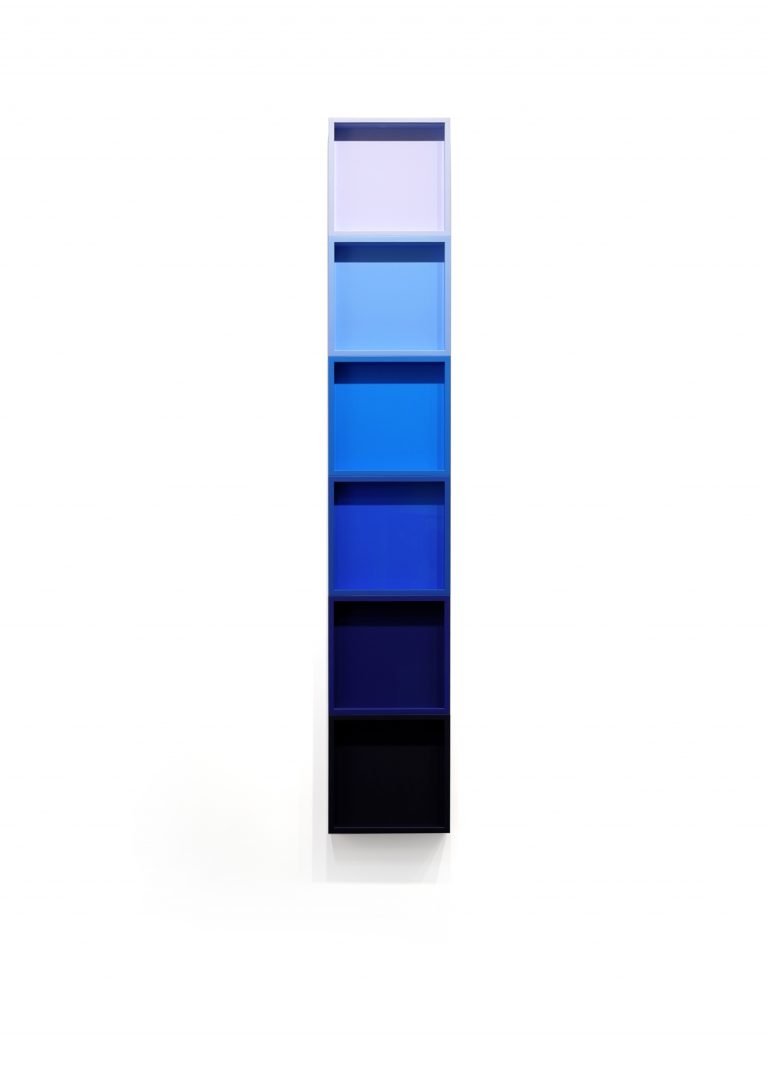 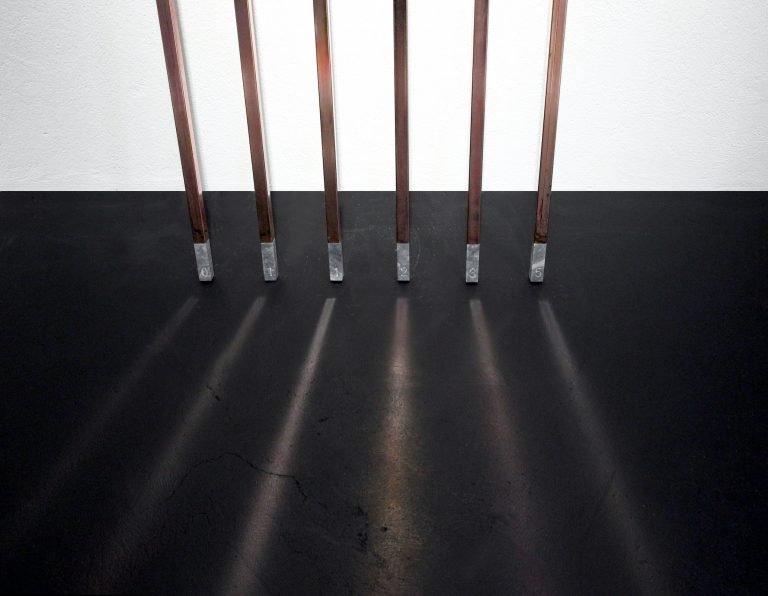 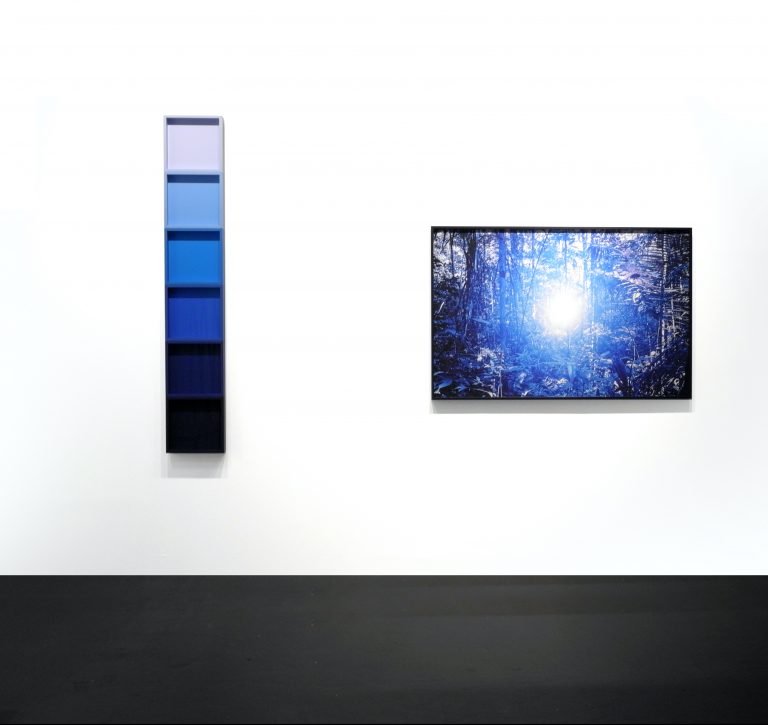 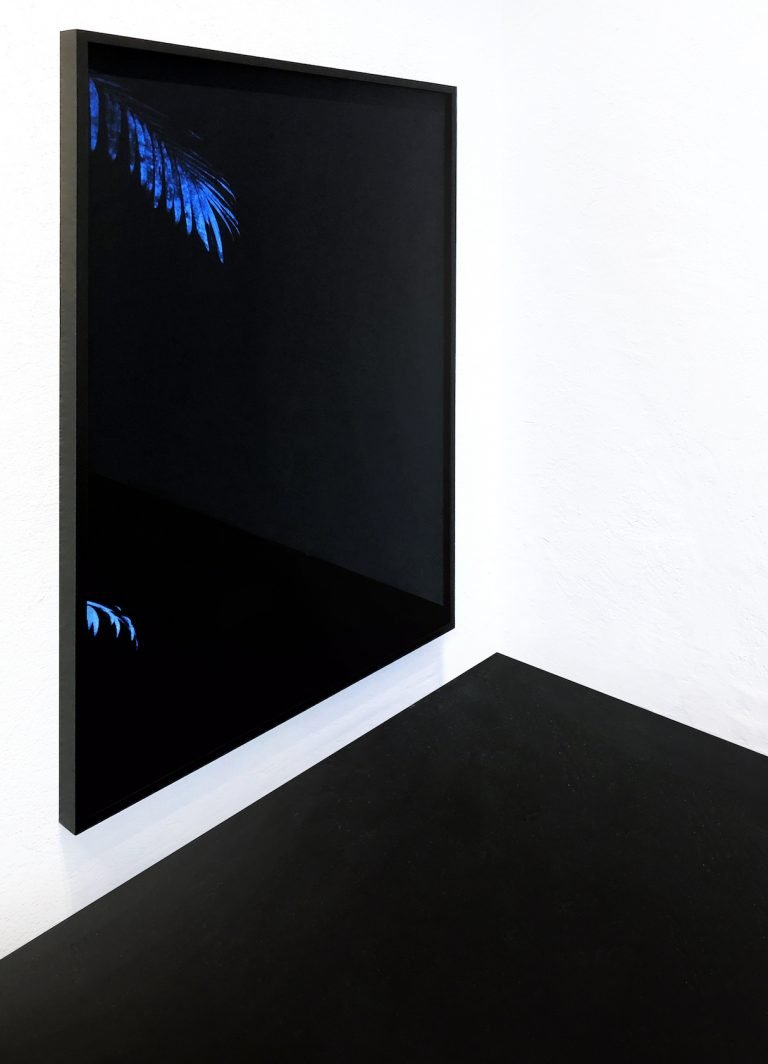 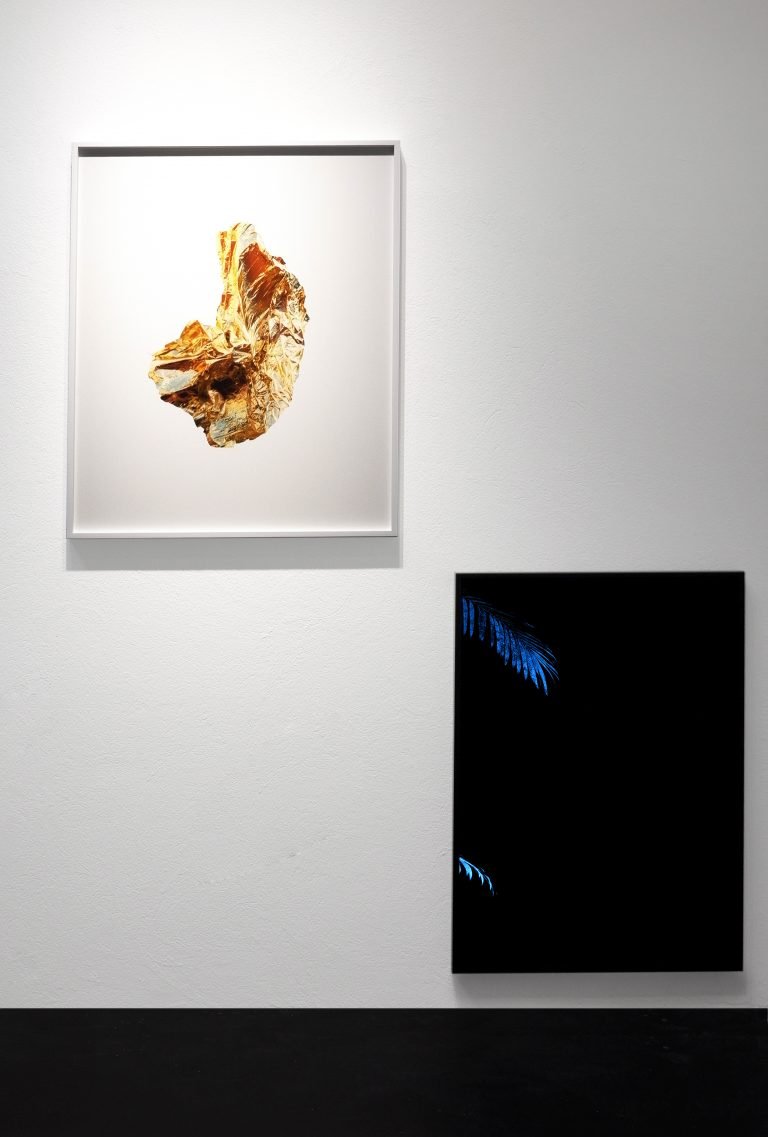 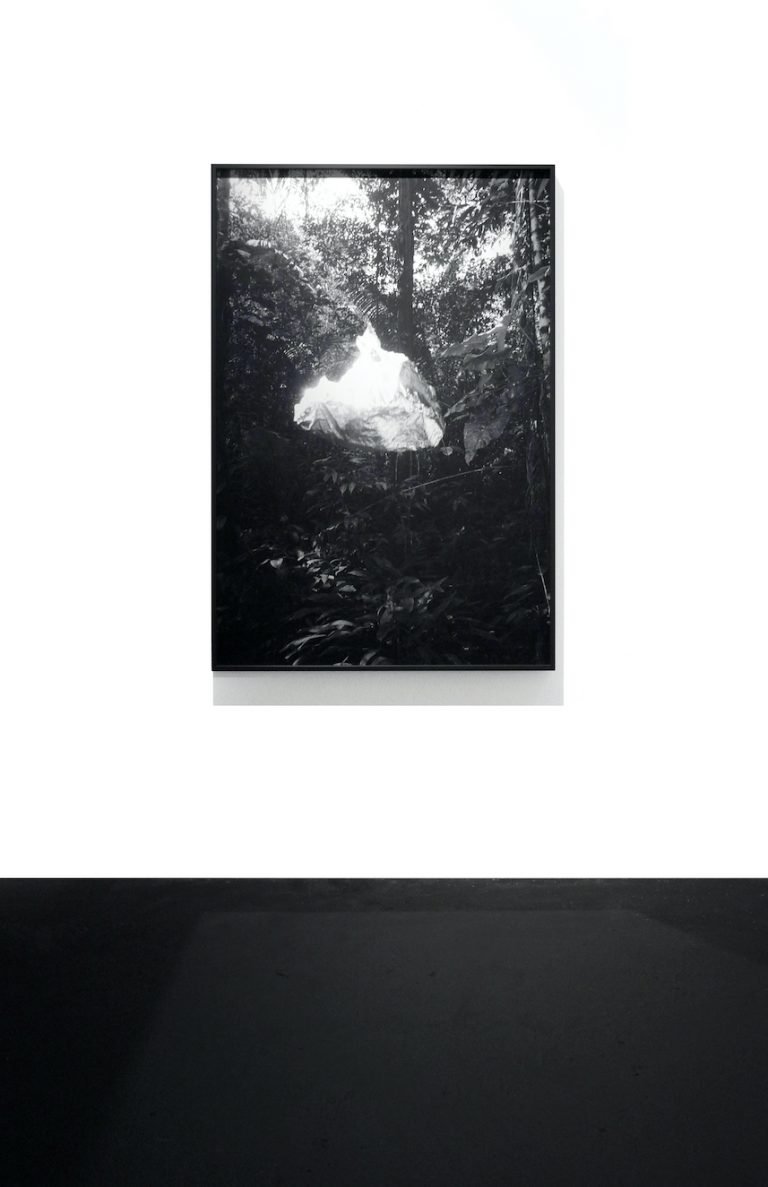 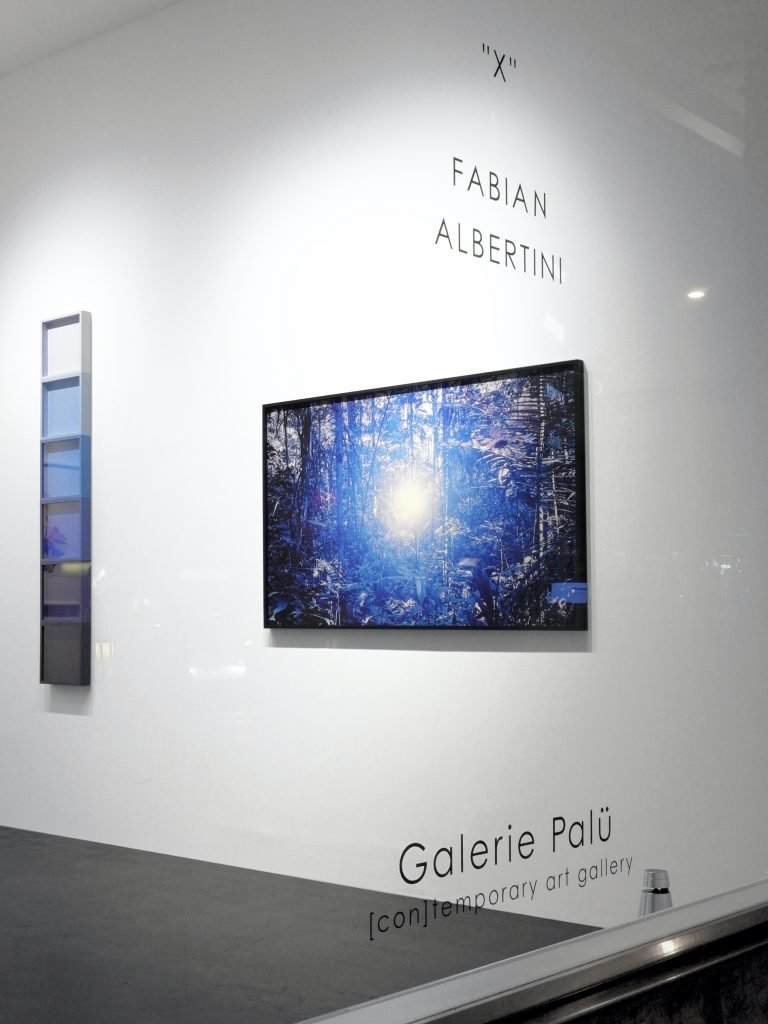