From daguerreotype to cyanotype to painting to digital, light is the one thing that every artist relies on for its creation. The artists in Struck by Light, the newest exhibition at the Galerie Palü work with a gamut of alternate processes, taking light and the materials and processes as their subject, creating vibrant forms that invite the viewer to question what they are seeing. Struck by Light presents old and new works from painter Stefan Rüesch and photographer Albert Steiner.

Albert Steiner was one of the outstanding Swiss photographers of the 20th-century. For 46 years he lived and worked in the Engadine, finding the primordial and paradisiacal landscape able to best indulge his nostalgia. Steiner’s intense, almost obsessive bond with the world of the mountains is the result of a very personal artistic vision linked to the typical romanticism of the nineteenth century.

Calm, balance and a sense of sobriety characterize the paintings of the Swiss artist Stefan Rüesch. Since the beginning of the 1990s, after spending some of his formative years in Los Angeles, he has been perfecting his method incessantly, driven by the charm of the magnificence of the Swiss landscape.

The two artists, whose artwork are in dialogue here, on the gallery walls, seem only apparently to speak different languages, dictated by the essence of the chosen medium. However, they are connected by a fil rouge, by choosing to depict the Engadine magnificent landscape showing a great respect for nature. Nature represents a resource of spirituality, the metaphor of an idealized and uncontaminated world.

In both Rüesch and Steiner works, the resonance of light within the image is expressed in a particular way that mitigates the motif, as if the intention were to compose brief haikus whose silence can be heard even before the words. The vibrant unreality of light—whether natural or artificial—turns every detail into a threshold, taking on an essence, as if the identity of what is photographed or painted, and the very act of composing the frame, were blinded and everything were leading us back to the origin, towards the beginning, the prior moment.

Paintings such as OhneTitel (St. Moritzersee), 2012, and Sonnenglanz, 2020, by Stefan Rüesch can hardly be classified stylistically. Components of his paintings are mainly lines, the principles borrowed from geometry, serve to illustrate specific ideas and to apply them as instruments of personal feelings. The depiction of a schematized environment seems to stand in a relationship to elements taken from the design world as well as to simulation and computer aesthetics – only to immediately withdraw from all of it.
The painter abolishes the rigid rules of geometry to achieve a pictorial balance composed out of asymmetry.

Albert Steiner’s works are images that show how the artist understood the camera as a passport to a higher reality, an ideal form that produces a sense of revelation. The image is

offered as pure presence. There is, so to speak, a poetic quality of the scene, a clarity upon which its power as an image in itself rests. The photograph of a single moment remains a unique condition, but which the photographer has captured and transformed through the range and subtlety of a black and white print. Unlike many of his contemporaries, for Albert Steiner it was clear that photography lent itself to creating works of art capable, not only of documenting reality, but also of illustrating moods and inner attitudes.

The works brought together in Struck by Light resist easy viewing, calling instead for a sustained gaze that emphasises materiality and process over subject. Poet and writer José Ángel Valente once said that the artist makes him or herself by emptying the self, which means that the very first thing created is nothingness. In the work of both Albert Steiner and Stefan Rüesch, this nothingness, insofar as a place of internalised matter, is translated into silence, into a slow experience letting life express itself. The rest is consummated with our motion, with the human need to discover and to try out the new.

Being in the physical exhibition space allows for a deeper form of interaction; these artworks revel in their physical forms; there is much to be gained from seeing them in person. 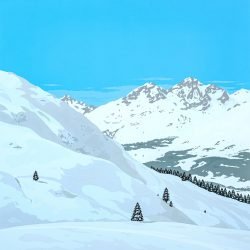 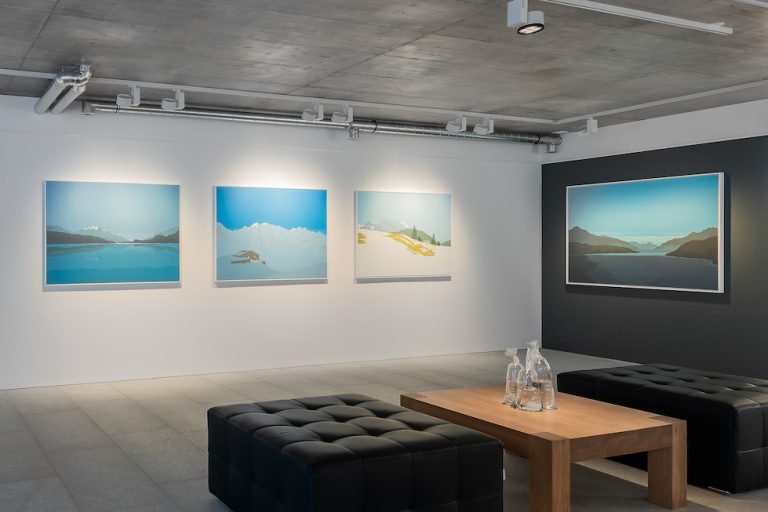 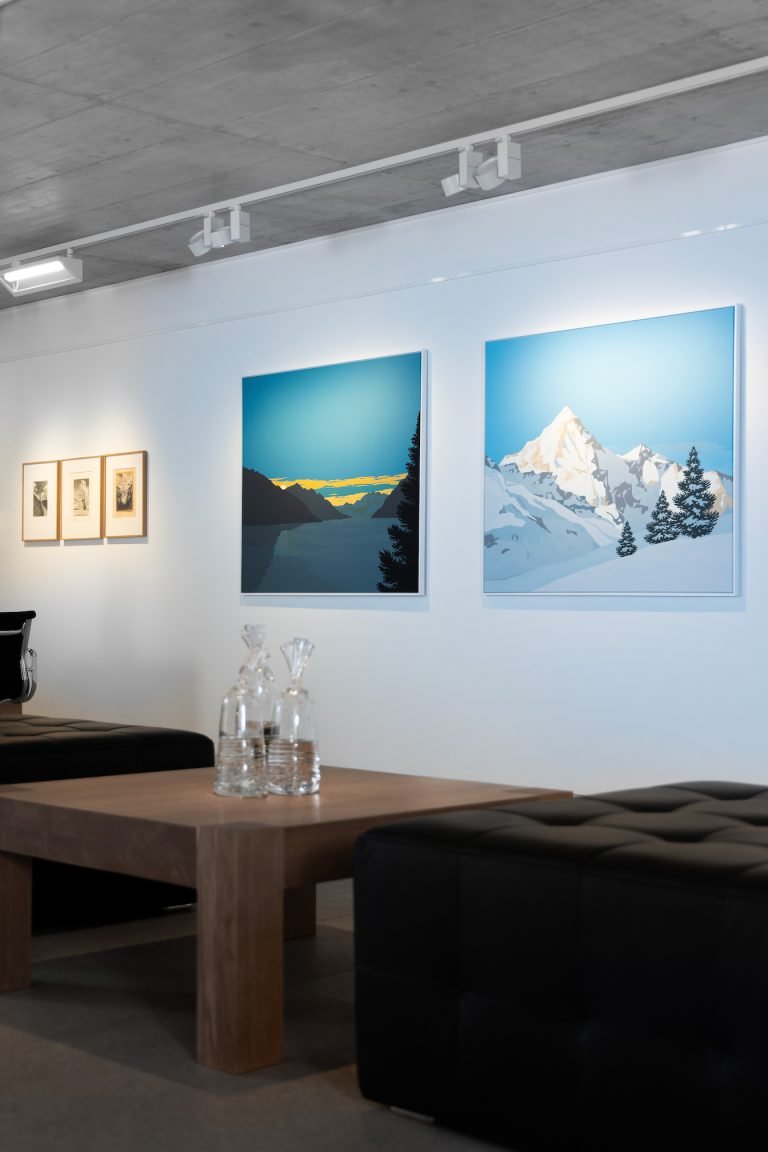 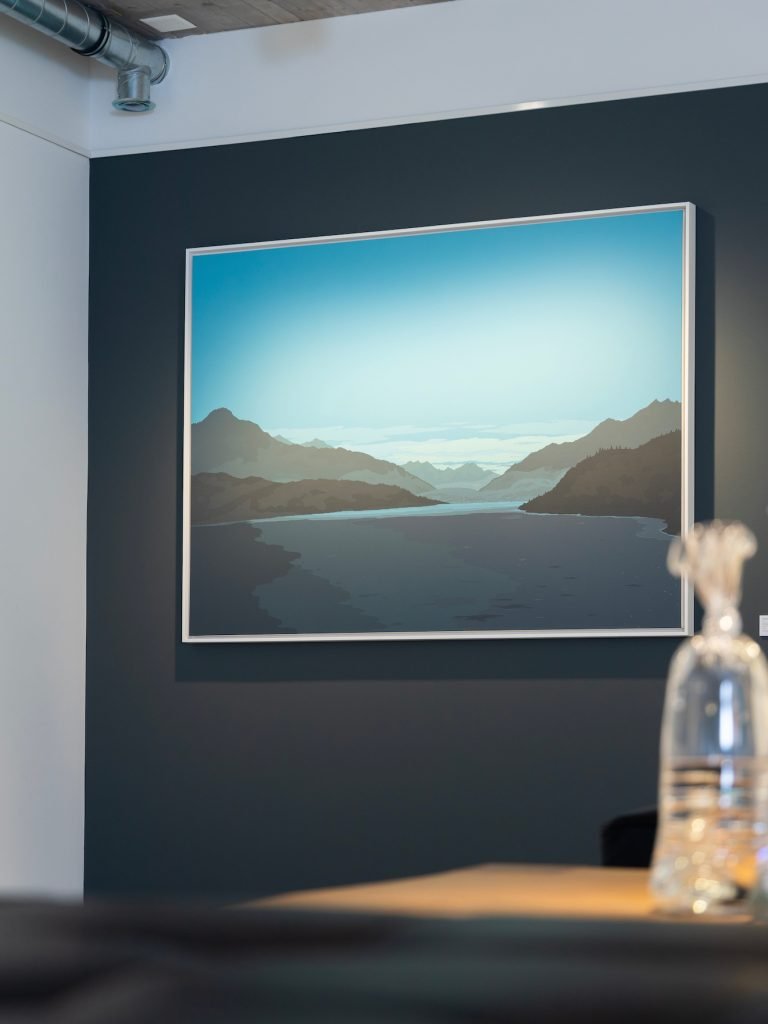 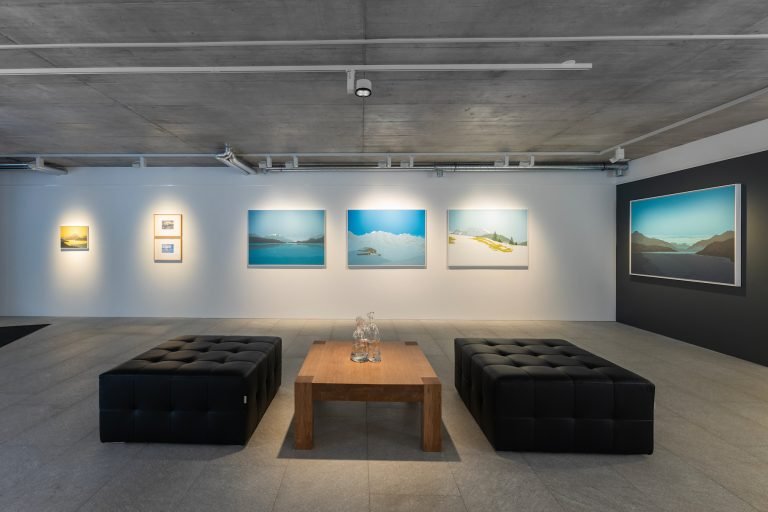 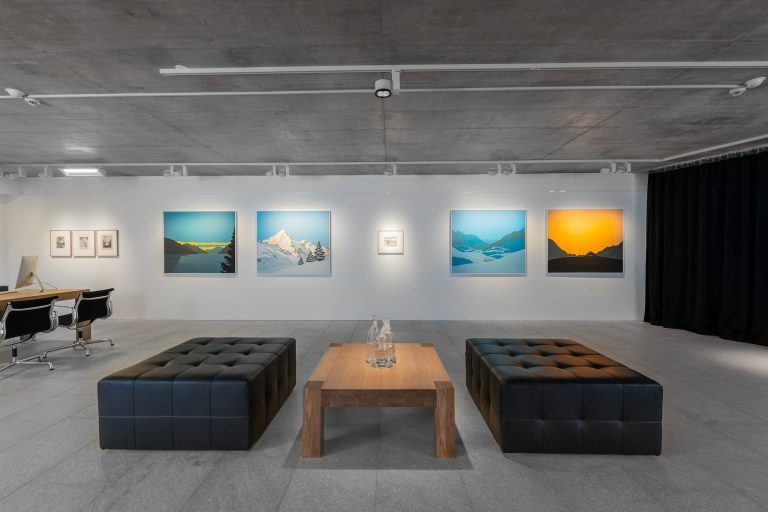 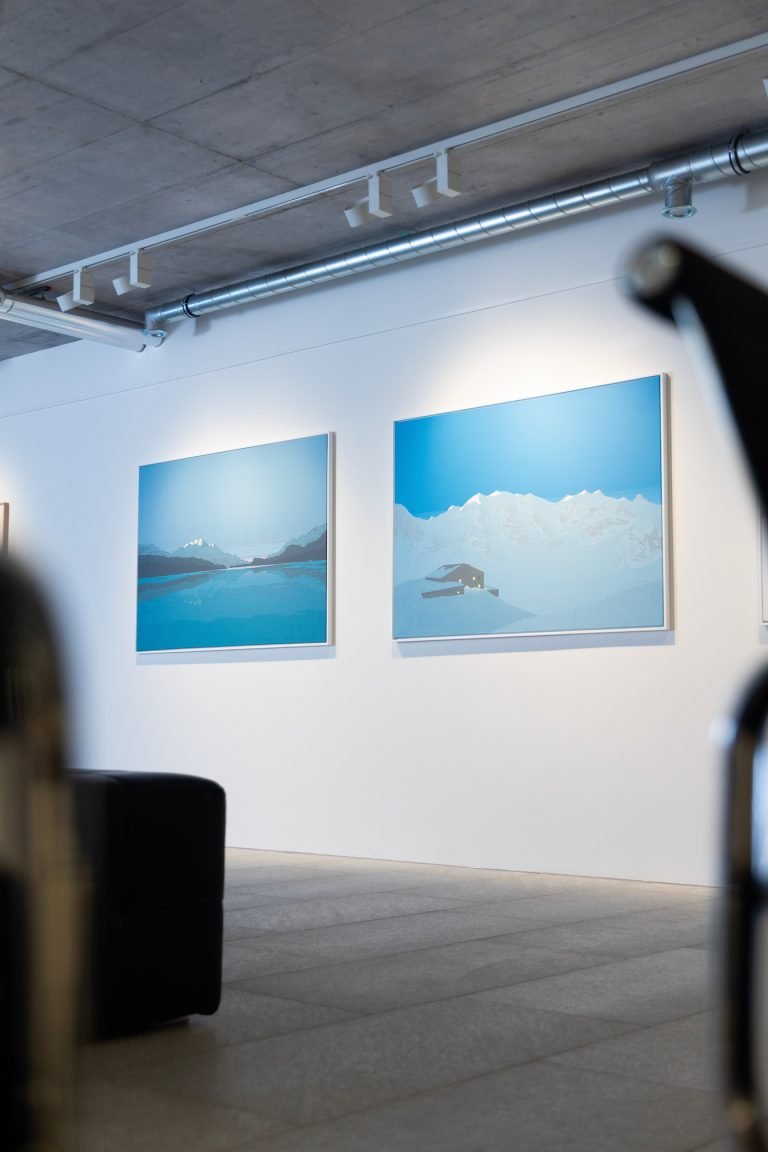 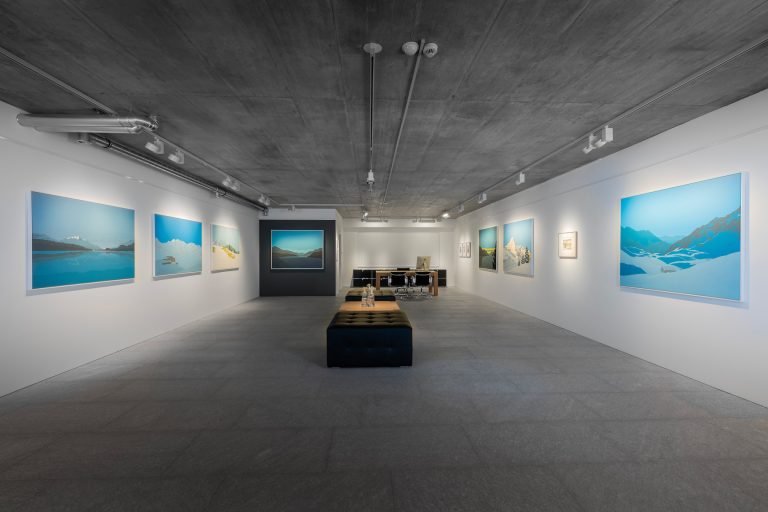 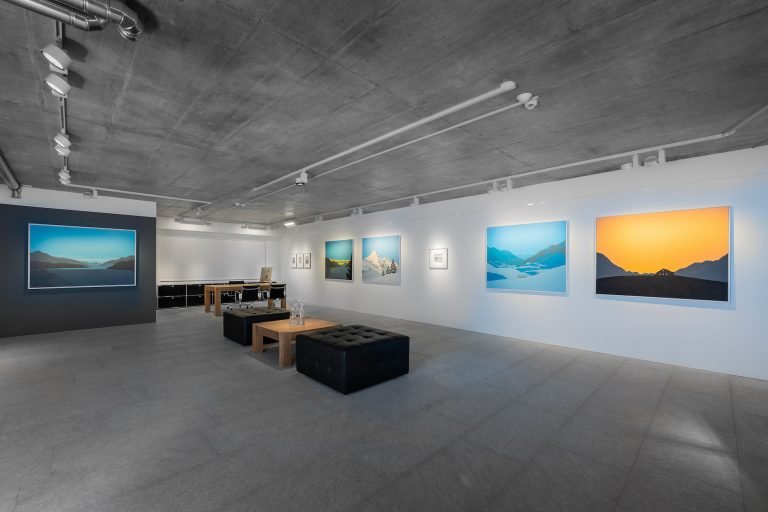 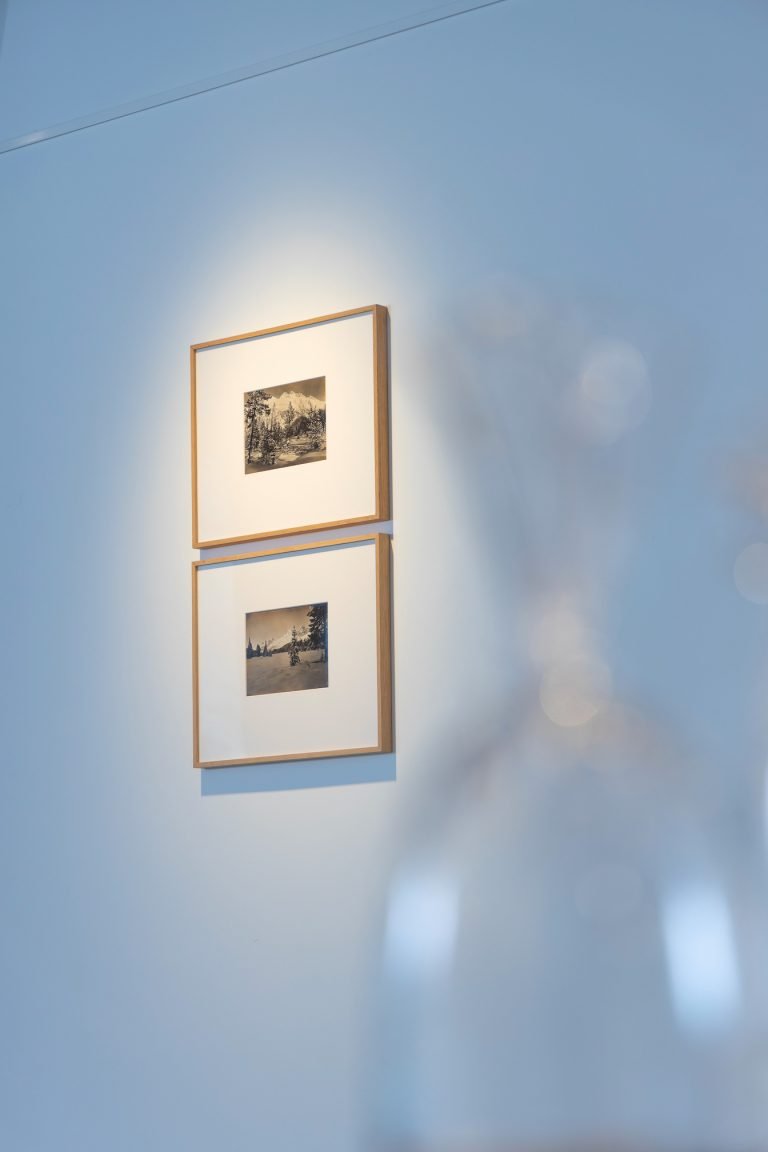 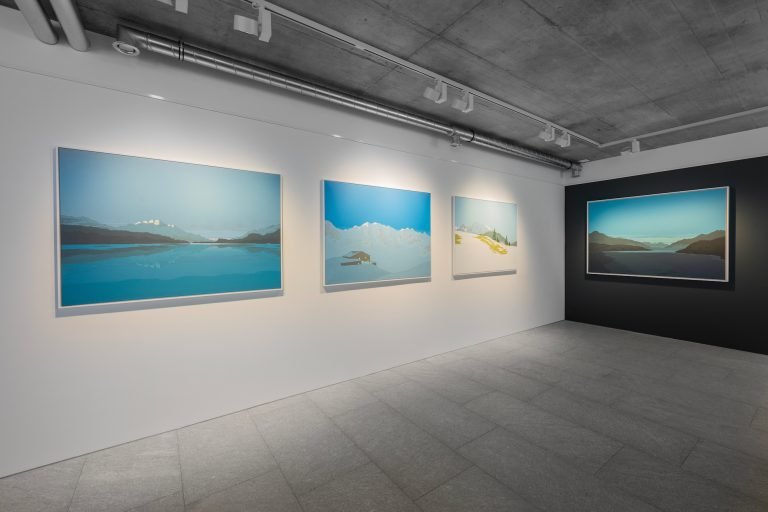