“Ubi bene, ibi patria.” Swiss artist Lukas R. Vogel often used this phrase to refer to the two valleys of Eastern Switzerland that he called home for many years. After the first years spent in the canton of Aargau, Lukas R. Vogel moved to the Engadin, and later to Bergell for holidays. These two places attracted Vogel both aesthetically and almost spiritually, with the serene ambiance and perfect purity only found in unspoiled nature. The idea of nature as the most sublime of all things, evoking the viewer’s deepest feelings, is common to us all. Lukas R. Vogel excelled in conveying these essential feelings through his work.

Six years after the artist’s death, we want to dedicate a personal exhibition to the most representative and important paintings created in his ateliers in Madulain (Engadin) and Stampa (Bregaglia). Dedicating his last years exclusively to painting, he spent whole days and nights in his atelier, immersed in his own world, accompanied by classical music.

Among the most important canvases on display are the views of the Sciora group with one of the most noteworthy peaks of the area: the Pizzo Badile, with its granite wall rising more than 700 metres above the glacier, making it one of the artist’s favourite motifs. There is of course a panorama from the village of Soglio, “Herbstnachmittag bei Soglio“, with the imposing, almost mystical, Bondasca Valley in the background.

Turning one’s gaze to the Engadine, the colours are softer, the contrasts more elegant. The main motifs are the beloved Piz Palü, climbed by the artist more than 30 times, the Bernina Massif seen from Diavolezza, and small gems such as the Piz Julier.

With these works, Lukas R. Vogel wants to transport us into his world, not only to a place – the geographical position – but most importantly to the memory that binds us to these places, creating enduring memories that last a lifetime. 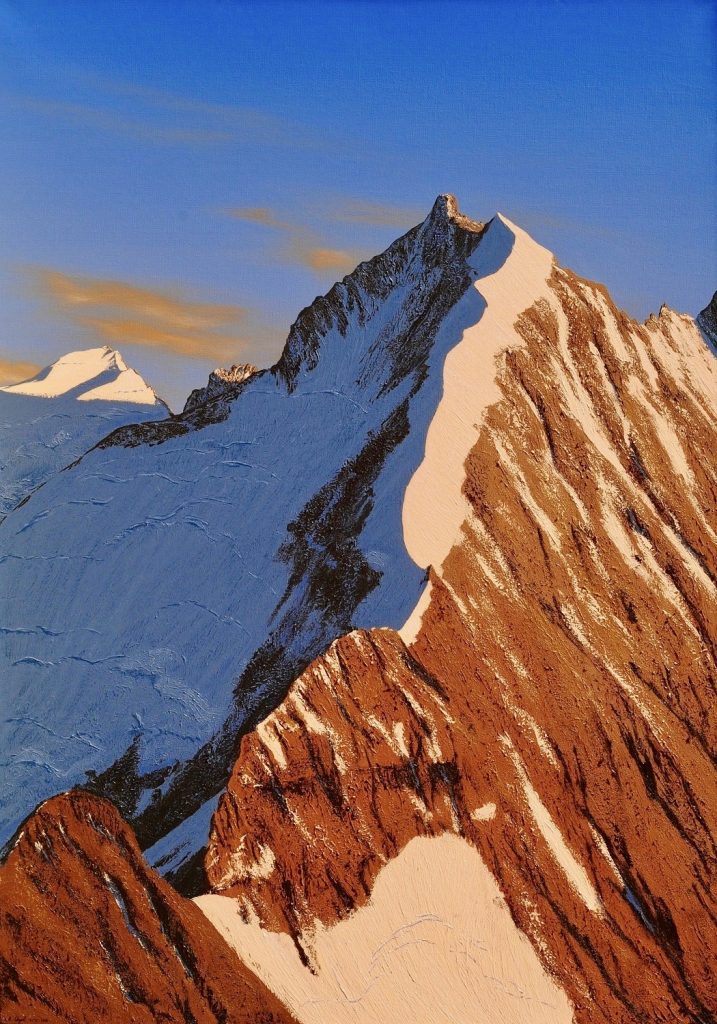 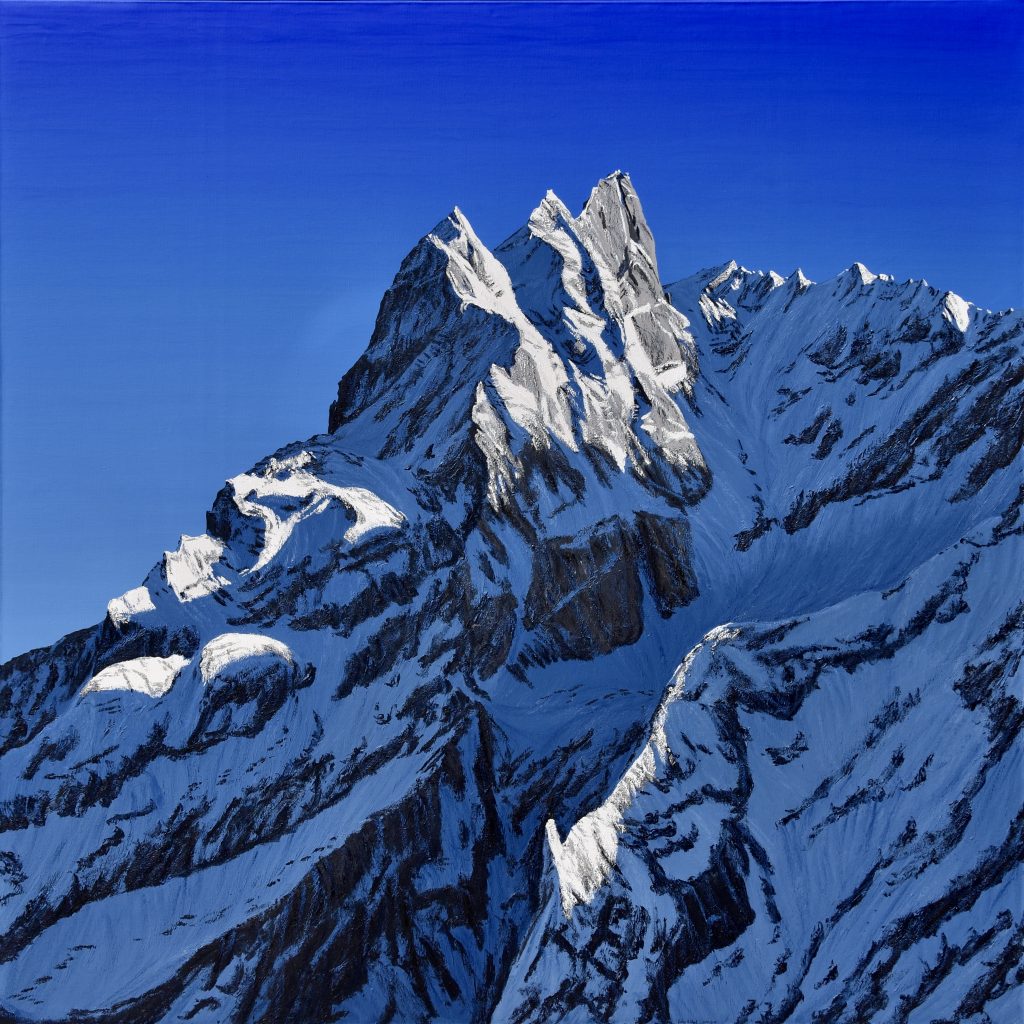 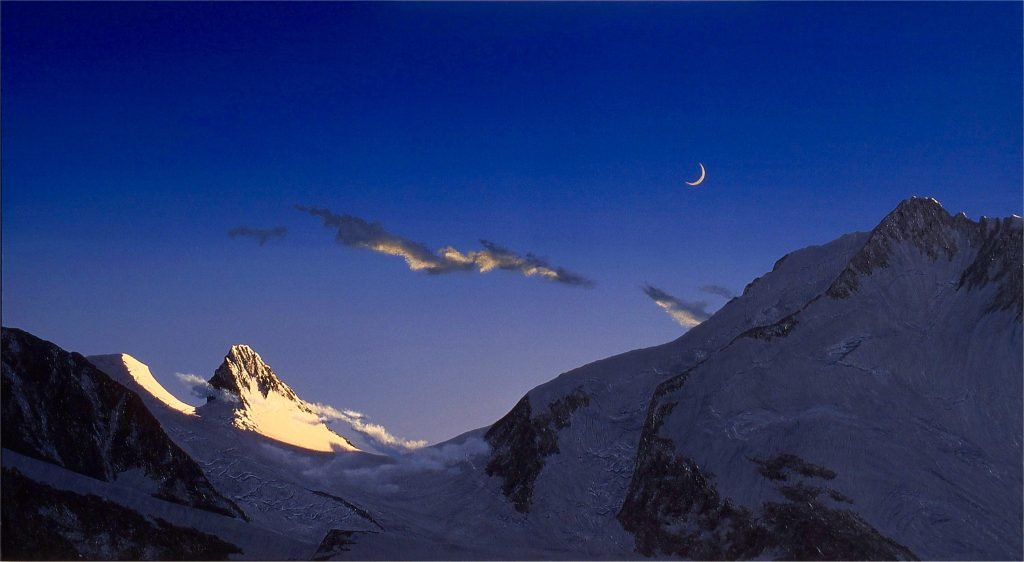 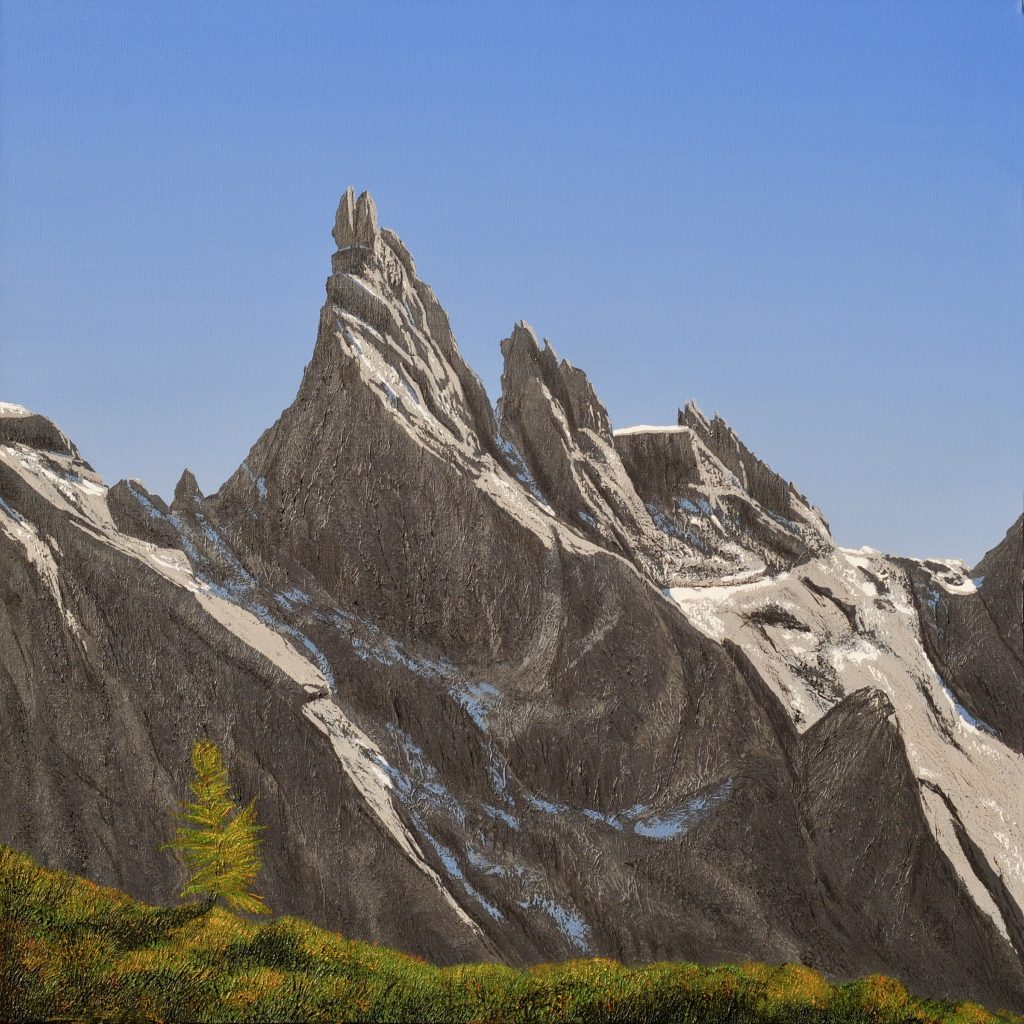 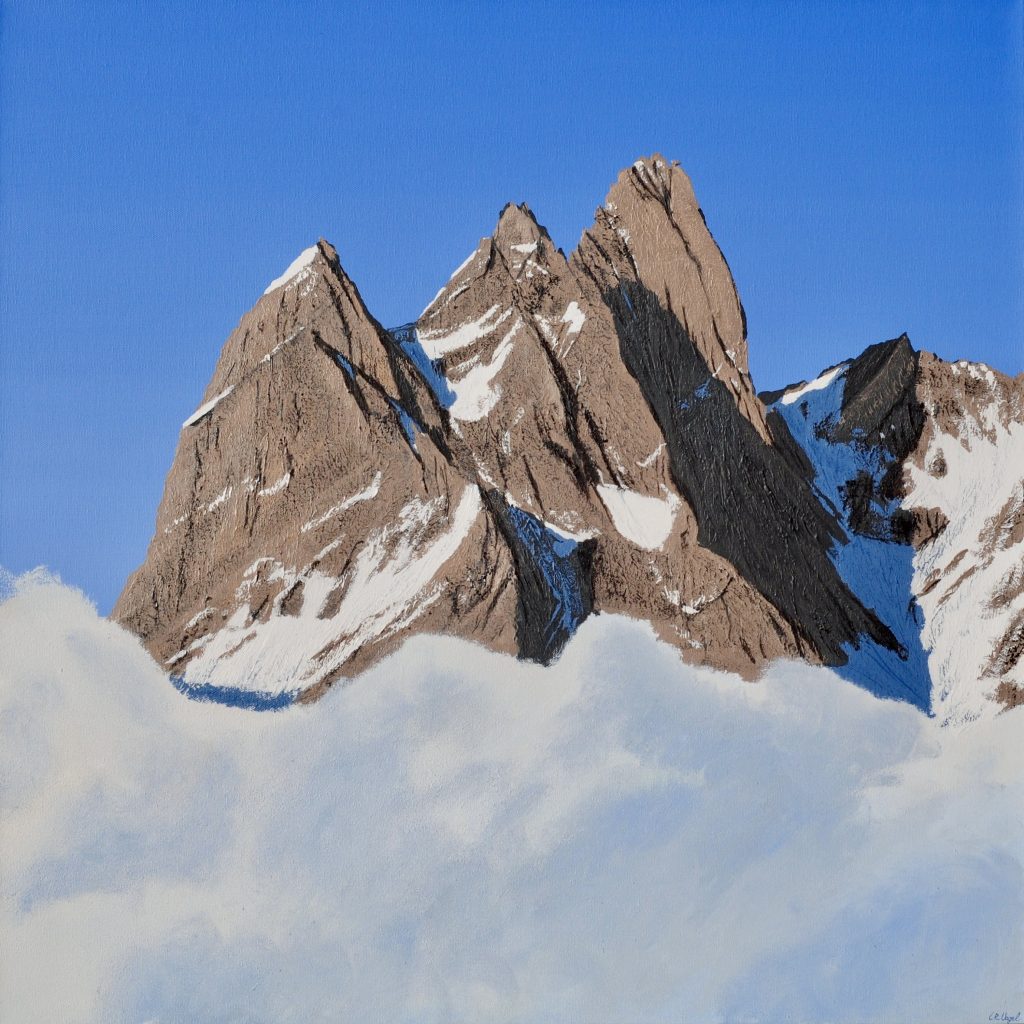 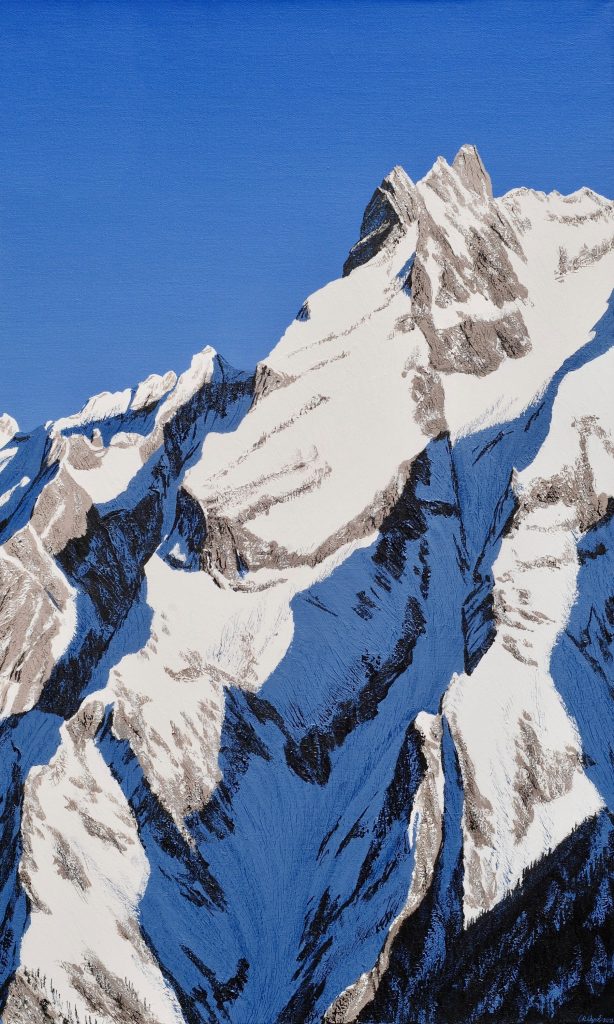 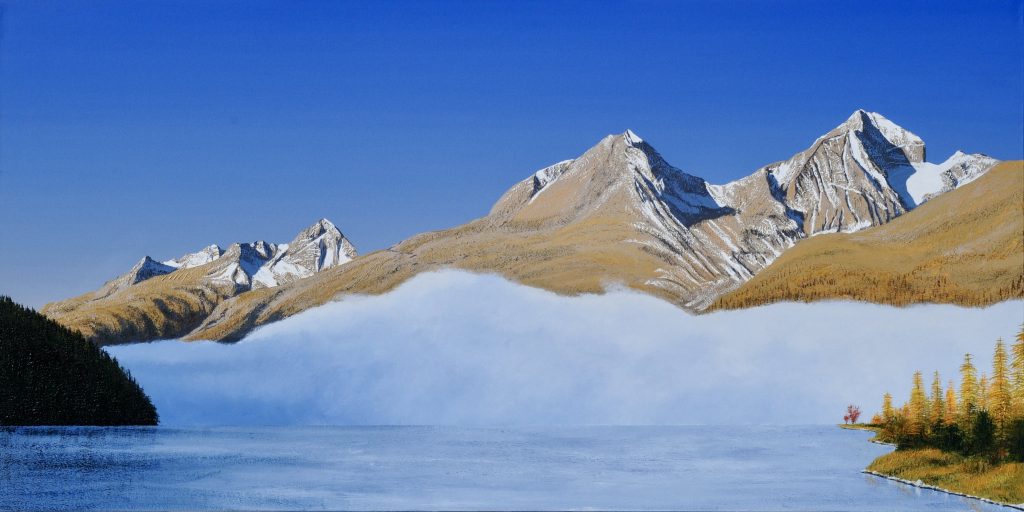 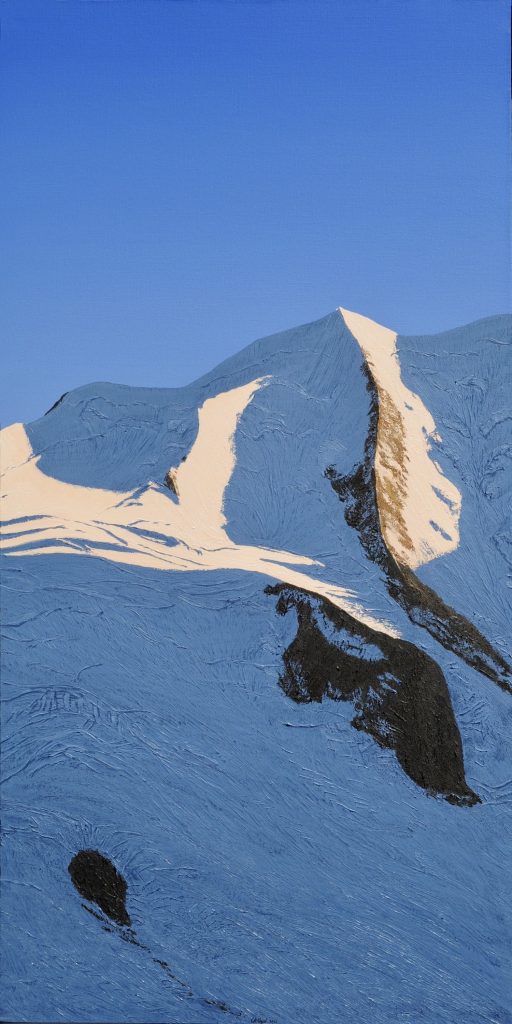 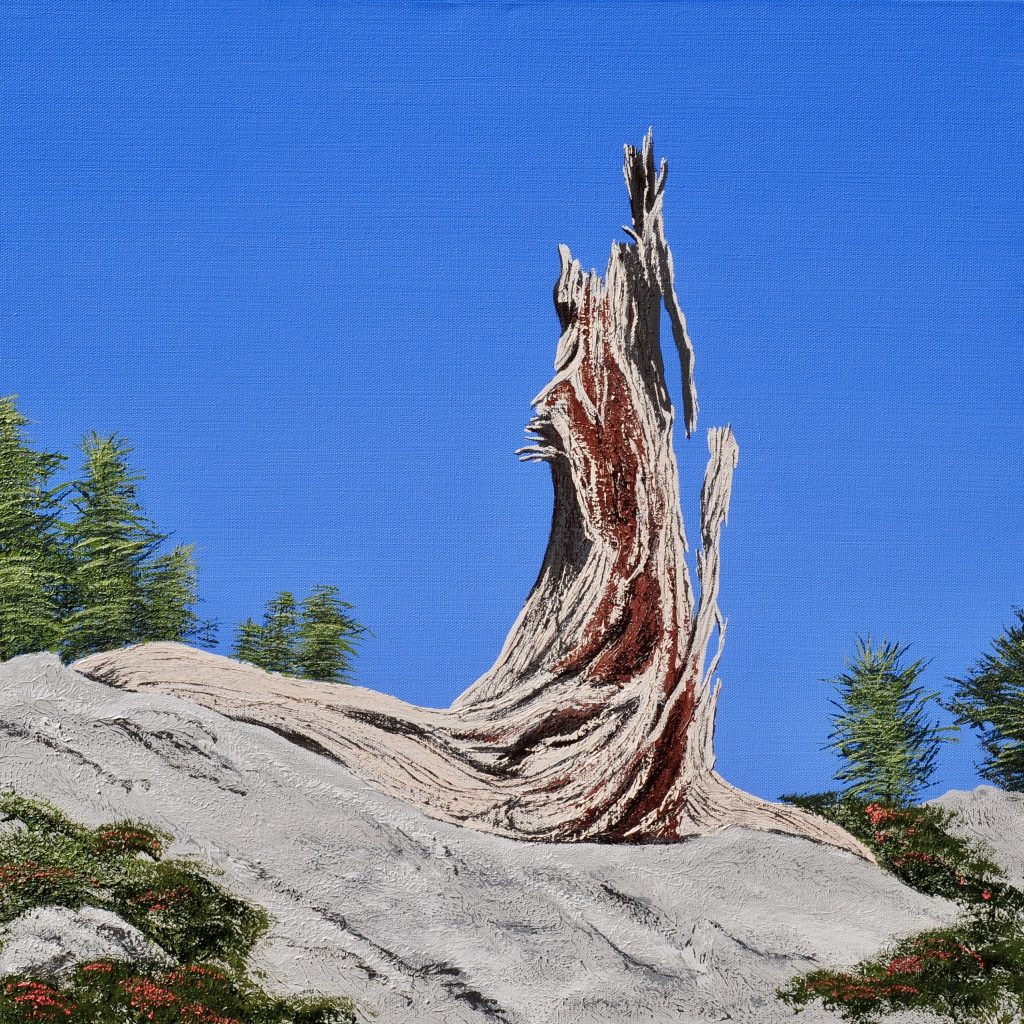