Born in the canton of Aargau in 1959, Vogel moved to the Engadine in 1980 where he became one of the most important and productive contemporary painters in the region.

The move also marked a turning point in the stylistic versatility of Lukas R. Vogel. While his work in the years before 1981 was characterised by a purely naturalistic style of sketching, his artwork in the following years used colour. He used his own photographs as the basis for his true-to-nature paintings. He was particularly taken by one mountain: the Piz Palü which he climbed over thirty times.

As a self-taught artist his style had never been influenced by the teachings of art schools. Various phases of experimentation – such as the tree and explosion phases, the inferno and spectral phases, as well as several forays into surrealism and sculpture – are evident in his work.

Vogel’s work is primarily characterised by his own mountaineering experiences, a fascination with rapidly changing moods and, at the beginning of his career, by his keen interest in the dramatic and romantic paintings by Alexandre Calame and his teacher, François Diday.

“Verum” marked the beginning of a series of realistic mountain paintings. In addition to the Piz Palü and the summits of the Val Bregaglia, he also painted views from the Bernese Alps, the Valais and the Himalayas, even though he had never climbed there.

Having initially used tempera and then acrylic paints, he finally switched to oil and alkyd resin-based paints. His pictures became larger. The “Impression” series sets sunlit mountainsides, highlighted with genuine gold leaf, against a plain background. Individual trees in shadow are reminiscent of his naturalistic approach. These “Impression” led on to the “Momentum” series. Prominent summits are depicted solely by the light that falls on them. Vogel, who painted mainly in two studios in the Val Bregaglia and in the Engadine, and rarely outdoors, would take between one and six months to finish his works. Some even took several years to complete.

“Tagesbilder”, portraits and still-life studies of various subjects like Val Bregaglia stable windows and doors depicted in a traditional trompe-l’œil manner are representative of other stylistic directions.

His creative period was never characterised by a single style. Inspiration and inclination were the main drives for his painting. However, even as he developed his pictorial forms of expression, he remained consistent and repeatedly created works that chimed with his earlier styles. He also produced artworks falling under sub-genres or attributable as experiments of various kinds. These include the “PopMomentum” series. In these paintings the ridges and mountainsides are complete in every detail, in common with his realistic paintings, but the shadows are either absent entirely or only hinted at by a few dark cliff faces. Colours like green, magenta and violet are used for the first time, enabling fascinating views of the beloved peaks to be created afresh. The artist’s last creative years were dominated by black-and-white versions of the “Verum”, “Momentum” series and the “Impression” series in black.

Lukas R. Vogel died on 5 July 2016 in the Upper Engadine after a lengthy battle against cancer. 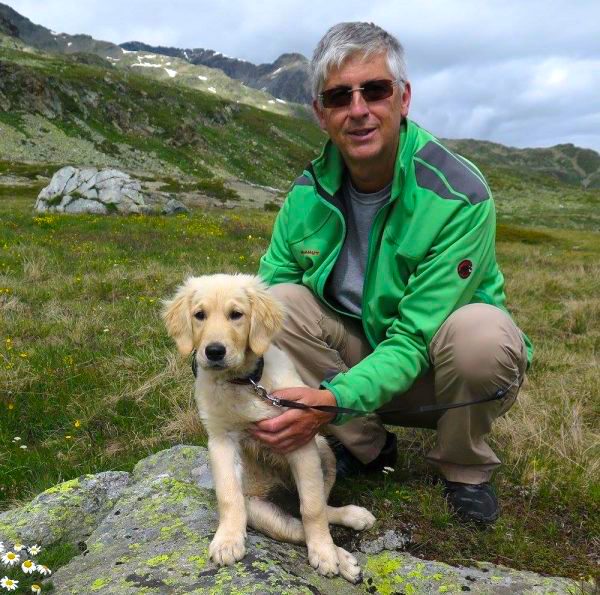 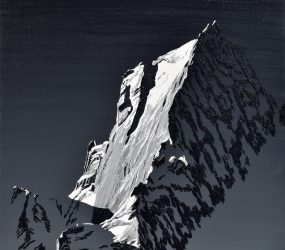 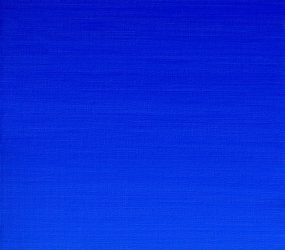 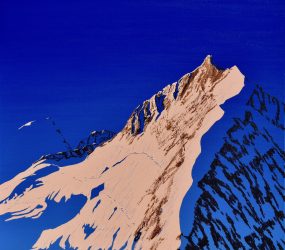 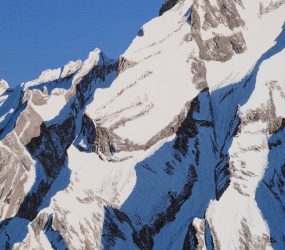 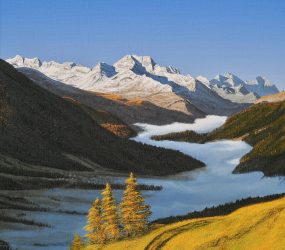 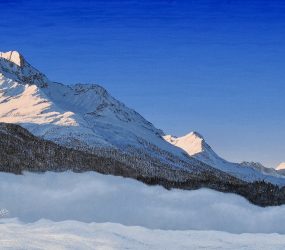 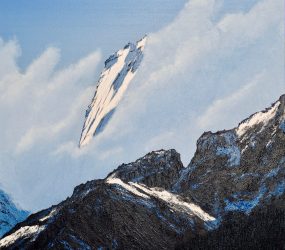 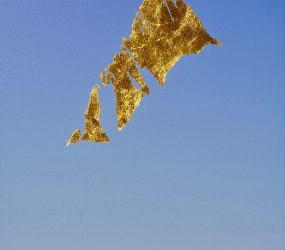